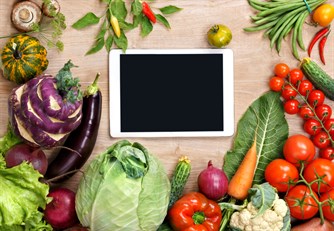 One in four Brits are planning to reduce their use of social media and digital devices, according to research commissioned by digital marketing agency Greenlight. With the average Brit now spending almost three hours online every day, according to the Internet Advertising Bureau, Greenlight commissioned the study to assess how consumer use of social media and digital devices, such as smartphones and tablet PCs, is likely to change in the future.

Following the example set by celebrities such as Ed Sheeran, Adele, and Russell Brand who have spoken publically about 'taking a break' from the web to concentrate on creative projects, around one in twenty Brits are seeking more time away from digital devices. Some 7% plan to watch less TV, 6% intend to use apps less, and 5% will reduce the size of their social media networks. Meanwhile, 3% of Brits are thinking about taking a 'digital detox' vacation where the use of technology is banned.

Information overload appears to be a driving force behind the trend. Two-fifths of Brits are frustrated by the volume of updates that they see from old friends or acquaintances, while more than a quarter (28%) are irritated by the constant stream of often irrelevant or annoying updates from brands. As a result, a growing number of people are trying to cut down on their use of social media and digital devices, with more than 53% of Brits wanting to spend more quality time with loved ones offline.

One in four people surveyed by Greenlight said that spending too much time on social media or using digital devices was negatively impacting their performance at work. While 11% said that they often feel 'depressed' if they receive little or no response after posting online. This appears to be particularly problematic for 18 - 25 year olds, with a fifth of younger internet users having felt sad or hurt when they didn't receive many 'likes' or comments after sharing something on the web.

A third of Brits also admitted to feeling jealous of other people's lives after seeing photos or videos on social networks. More than a quarter of consumers have felt digital envy on Facebook, with 12% of people experiencing this on Instagram, 8% on Twitter and 4% on LinkedIn. Online envy appears to peak among younger users, with 68% of 18-24 year olds and 63% of 25-34 year olds admitting that they had felt envious, compared to just one in ten people aged over 55.

Commenting on the research, Andreas Pouros, COO and co-founder at Greenlight , said: "We're a nation of gadget and social media lovers, but it appears you can have too much of a good thing. Our research suggests that spending more time online doesn't necessarily equate to a greater degree of happiness for many people. In fact, many of the people that we surveyed would rather hear a little less from friends and family online, in favour of spending more quality time together offline."

"As consumers become choosier about who and what they pay attention to, marketers must evaluate how they engage with audiences online. Greater targeting and more relevant communication is essential if marketers are to cut through the noise and drive results."